Physician and futurist Dr. Rubin Pillay describes in his work a technology-fueled future-state that, in many ways, is already here. For healthcare providers, this prediction could be catastrophic; for healthcare consumers, it could be enlightening. For both, it may forever change the way healthcare is accessed and delivered.

Thanks to technologies like artificial intelligence (AI), automation, cheap computing power and inexpensive manufacturing, your average, everyday healthcare consumer can become a diagnostician.

Only three things are needed:

No matter where you live, there’s a good chance you know a prosumer. In the past, the prosumer moniker came with a somewhat negative connotation: This was the person who needed a $6,000 digital camera to take photos of birthday parties or the Sunday afternoon biker who needs a full carbon road bike.

The prosumer we’re talking about is very different. Initially described in futurist Alvin Toffler’s 1980 book “The Third Wave,” the prosumer has the ability to produce and consume, well, anything. That concept has never been truer than in 2018. We are, in effect, already in the midst of the prosumer era. There’s no turning back. Everything that makes a prosumer a prosumer is available at little or no cost and is extremely easy to use.

Healthcare prosumers, however, take Toffler’s model one large and significant step forward because—thanks to ubiquitous smartphones, cheap computing power, free or inexpensive apps and low-cost add-on sensors—they have the ability to produce, consume and diagnose. This prosumer not only knows their cholesterol numbers, but has the ability to generate those numbers and act on them.

And while the rise of the prosumer nation may be a concern to physicians for a number of reasons, they need not be left behind because patients want healthcare providers’ continuing involvement in their care.

A survey of more than 2,000 adults found among all age groups there is an appetite to improve the healthcare experience with more communication with physicians, especially using automation or AI.

Both of these technologies are a significant part of the prosumer milieu. Across all age groups in the study, 43 percent say they are interested in having digital assistants make personalized recommendations to improve health. Millennials, at 63 percent, are by far the most interested in this possibility. 41 percent of all age groups want their doctor to offer a digital health assistant. From Millennials to Baby Boomers, all are excited by the possibility of better diagnosis accuracy by utilizing AI.

The Heart of the Matter

Much of mHealth tech is in development or in the early stages of being available to prosumers. So some may argue that there’s no story here; that the technology has yet to catch up with the concept.

A recent JAMA study, however, shows this isn’t the case: A small, wearable wireless device the shape of a peanut reliably diagnosed previously undetected atrial fibrillation, which causes a multitude of health problems, including stroke. The randomized study of more than 2,600 older adults, some of whom had atrial fibrillation risk factors, found the patch was nearly three times better at diagnosing atrial fibrillation compared to typical care.

An editorial in the same issue describes how the “ready availability of both medical and consumer-based technologies for diagnosis of AF is driving a major shift in the approach from characterizing AF as a binary diagnosis—present or absent—to one on a continuum (based more on frequency of arrhythmia).” This patch, and pretty much all prosumer tech, gives healthcare consumers the ability to study themselves longitudinally and report the findings to their healthcare provider to commence treatment. Detecting atrial fibrillation is just one example of how serious prosumers can get with mHealth technology, which has become part of the healthcare mainstream.

Prosumers are less about counting steps and more about seriously diagnosing major health issues that, when identified and treated by a healthcare professional, can have a significant positive impact on decreasing mortality and morbidity. 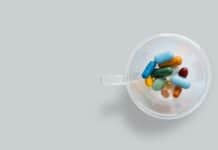 Tips to Survive Self-Isolation Due to Medical Reasons 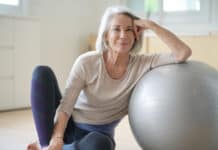 8 Exercises Seniors Can Do At Home Safely

This site uses Akismet to reduce spam. Learn how your comment data is processed.

Can you get withdrawal from Suboxone?

Invisalign Melbourne: What You Need to Know

Natural Ways to Get Rid of Ringing in Ears

Secrets to Increase Your LASIK Volume

Medical Marijuana for Cancer Patients: What You Need to Know

7 Signs You Need a Lawyer for a Personal Injury