GrandDaddy Purple Strain which is also known as Grand Daddy Purps (GDP), is one of the best Indica Strains because of its looks and effects across the US. GDP was introduced by Ken Estes and team in the San Francisco Bay Area in the year 2003. The effects of Grand Daddy Purps can be understood clearly in both mind and body as it delivers a fusion of cerebral euphoria and physical relaxation. It is more popular in the west coast and is perhaps the most well known Purple cannabis strain in the United States. However, many cultivators and the dispensary workers claim that Grand Daddy Purps is almost similar to another most famous purple strain named Grape Ape.

Purple Urkle and Big Bud both indica strains are parents of Granddaddy Purple Strain. GDP is a striking strain including dark and deep purple colored buds surrounded with the bright orange colored hairs and a plethora of trichomes of white color.

Granddaddy Purple gives a smell of combination of grapes and berries including myrcene and limonene, beta-caryophyllene, humulene and a small bit of beta-pinene. The THC level of Grand Daddy purps is usually between 17% to 23%.

The amazing process of growing the GDP, makes it less harsh or in other words burning throat sensation is not there in its taste. As the name Purple in it, definitely you can understand that taste is going to be similar to grapes. It gives a taste of fresh sweet berries and syrupy grapes.

Most of the people use GrandDaddy Purple Strain for relaxing or sleeping purposes, but it also has many medical benefits which many of us don’t know. Let us know about it

The best time to have Grand Daddy Purple is at night as it is one of the best medicines for sleeping and reducing tension from the body. After each toke of GDP, the strain leaves a thin layer on the tissues of the mouth, giving some bitterness to linger long.

As the smoke goes through your body, GDP works gradually to settle you into a state of cool and calm. The GDP strain releases tension, refreshing your mind and giving you a pleasant sense of thoughtlessness which helps in relaxation.

For most of the cultivators, growing Grand Daddy Purple is difficult, but for experts it’s really easy. It should be grown indoors for the best results, and the flowering time should approximately be 70-80 days. The plant will need some extra support as the oversized buds of GDP will try to pull the plant towards ground. Yields are of around 3-4 ounces per plant when grown indoor and 2-3 pounds if grown outdoor. 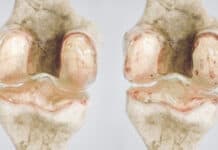 What is Osteoarthritis and How to Manage It

How to Recognize an Abuser

This site uses Akismet to reduce spam. Learn how your comment data is processed.

What Do I Need to Know Before Getting a Divorce?

Prepare for a Trial: 3 Important Tips for How to Do...

This Is How to Prove Discrimination in the Workplace